Oil Industries Engineering & Construction Group (OIEC Group), incorporated in 1987, is a leading private, EPC contractor in Iran’s oil, gas and petrochemical industries. Having completed about 450 million man-hours of work in more than 140 projects, mostly mega projects in recent years, OIEC Group is now capable of rendering a wide range of upstream and downstream services, from design and engineering through commissioning and startup operation in both onshore and offshore projects. Moreover, OIEC is now performing as a business developer while some of its recent projects are in EPC or Buy-back forms. OIEC, as a project leader in over 6 billion dollars projects with more than 2000 qualified personnel is planning to expand its horizons to enter the regional markets as a world-class contractor and E&P by utilizing state-of-the-art technology and benefiting from professional subsidiaries.
At OIEC, safety is a fundamental priority. Our HSEQ program contains processes, procedures and training that forms the basis of our proactive approach to maintain a total safety culture. Our goal is to design and deliver projects by protecting their natural environment and promoting sustainability. 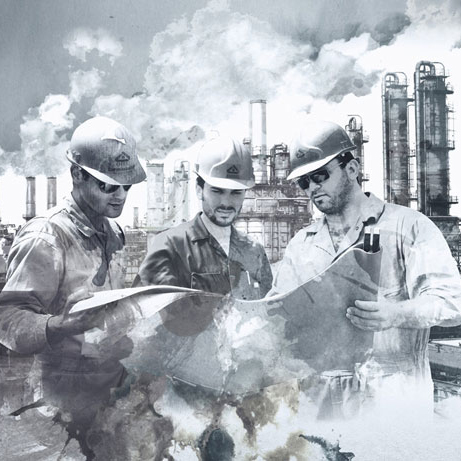 Oil Industries Engineering and Construction (OIEC), incorporated in 1987, is a leading private, EPC contractor in Iran’s oil, gas and petrochemical industries. Having completed about 450 million man-hours of work in more than 140 projects, mostly mega projects in recent years, OIEC is now capable of rendering a wide range of upstream and downstream services, from design and engineering through procurement, drilling, construction, commissioning and operation both onshore and offshore. Moreover, OIEC is now performing as a business developer and financier while some of its recent projects are in EPCF or Buyback forms. OIEC, with a project load of over 6 billion dollars and more than 2000 qualified personnel, by utilizing state-of-the-art technology and benefiting from professional subsidiaries, is now planning to expand its horizons to enter the regional markets as a world-class contractor. Bandar Abbas Refinery, one of the largest in the Middle East with a refining capacity of more than 300,000 bpd, was constructed in an area of 7 square kilometers near the city of Bandar Abbas in southern Iran. The feed for the refinery is the heavy crude plus some condensate which is transferred from Sarkhoon gas treating plant. A part of production is exported, while the remaining is supplied to local markets in order to meet the demand of the southern parts of Iran, and moreover, the central regions, for which, the 450 km long 26” pipeline of Bandar Abbas-Rafsanjan is used. The construction, erection and pre-commissioning of Isfahan Lube Oil Complex in vicinity of Isfahan Refinery was the first construction project undertaken by OIEC at its infancy. The project is also considered as a striking milestone in Iranian oil industry, because the successful completion of the project was a proof of capabilities of local contractors and OIEC at the top. The project consisted of construction of Furfural and MEK Dewaxing Units producing 184,000 tons of base oil per year. Other units such as Blending Unit, Can Manufacturing, Filling Unit, Tank Farm, Loading-Unloading Unit and a new Cooling Tower were also constructed as part of the complex. Meanwhile, to complete the project, it was necessary to make numerous Tie Ins to existing process and utility units of Isfahan Refinery which was executed during refinery operation. Energy Industries Engineering and Design (EIED), founded in 1996, was initially formed as the engineering arm of OIEC to promote the knowledge and technology for design and engineering. Since then, the company has also gained a leading role in execution of projects of national significance in oil, gas and petrochemical industries and is known as one of the most capable EPC contractor especially in downstream projects. Oil and Energy Industries Development (OEID) was established in 1997 as a subsidiary of OIEC. The company’s core area of expertise is in upstream projects, including oil and gas exploration, field development and related upstream engineering services. Utilizing the world’s latest technologies for the development of oil and gas fields, OEID is known for its advanced technology, high profile experience and result oriented professionalism. As a result, OEID has executed some of the most challenging projects in the Iranian upstream sector, including development of more than 20 onshore oil fields as well as several EPC projects in the field of well-head facilities, production units, desalting plants, gas compression and injection stations. 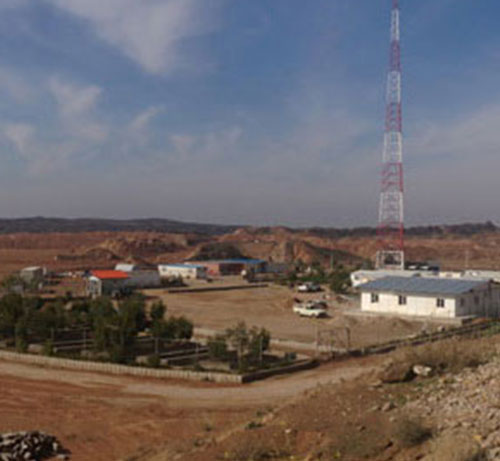 The EPC project of NGL 1200-1300 was awarded to OIEC in 1999. Gas and liquid gas factory 1200 is located 15 km west of Gachsaran, while factory 1300 is located 63 km southwest of the city. The NGL 1200 was launched in April and NGL 1300, in August 2004. NGL 1300 receives associated gas from Bibi Hakimeh and Rag Sefid regions to send them to Bandar Imam Petrochemical Complex after sweetening. Processing unit of NGL 1200 includes sweetening, recovery, compression, final refining and non-mineral water production units. The NGL 1200 is projected to produce 27,000 barrels per day of sweet NGL on top of 5.6 million cubic meters of light natural gas. NGL 1300 has a fractionating capacity of 22,000 barrels per day. 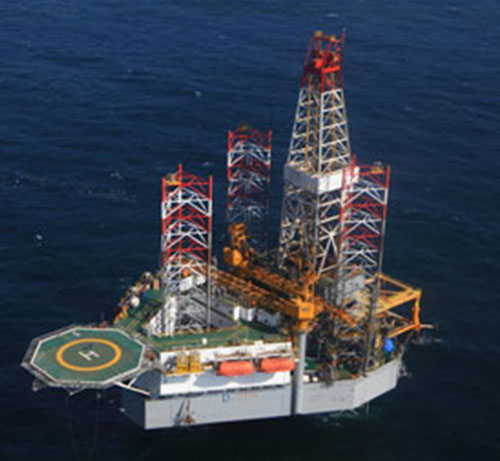 Kish Petroleum Engineering (KPE), incorporated in 1999, is performing as the upstream engineering arm of OIEC. By forming an experienced group of professionals and high profile Iranian experts in the fields of geology, petrophysics, reservoir engineering, drilling engineering, production and surface facilities engineering, the company is now capable of rendering a wide range of services to upstream projects with the latest technology and know-how. 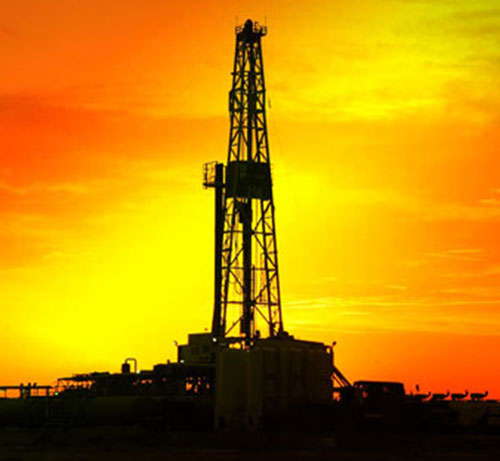 Persia Oil and Gas Drilling Company (POGDC) as one of the OIEC group companies in oil and gas upstream industries undertakes the drilling operations of onshore/offshore oil and gas wells along with related drilling services, logistics and procurement of equipment and materials. To achieve its long-term objectives in supplying necessary services in drilling industry at international standards, the company has been organized with a dynamic structure and up-to-date management systems. Furthermore, having an industrial yard at Qeshm Island, POGDC is capable of rendering a wide range of supportive and operational services to marine projects in the Persian Gulf region. The Phases 9 & 10 of South Pars gas field are designed to produce 50 MMSCM/d of naturl gas as well as gas condensate, ethane, butane and propane (LPG) and sulfur. offshore facilities are two gas production platform with 24 gas wells, two 32" subsea pipelines for transforming gas to the onshore refinery and two 4" pipelines for transforming glycot. 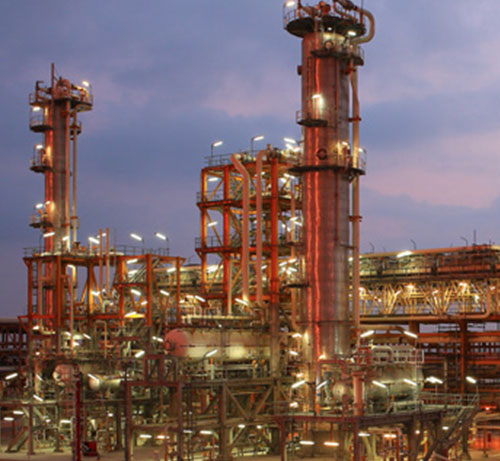 The development of Phases 17 and 18 of South Pars gas field was awarded to a consortium of OIEC, IDRO and IOEC, producing 50 million cubic meters of natural gas and 80,000 barrels of gas condensate per day. The onshore refinery was designed and constructed by OIEC and IDRO on the basis of supplying treated lean gas to domestic network and ethane gas to nearby petrochemical complex. 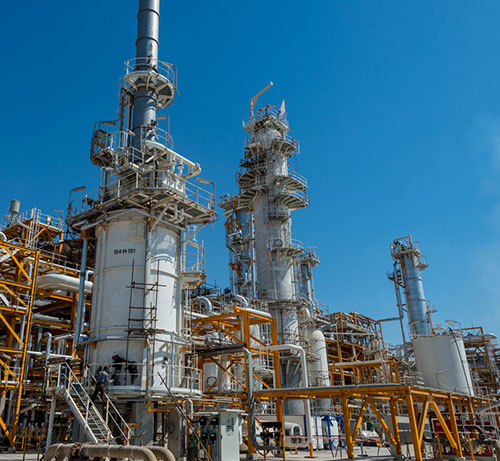 The beginning of offshore and upstream Era
SPGD Phases 20 & 21

Development of South Pars Phases 20 & 21 was awarded to OIEC both in onshore and offshore to produce 2 bscfd reservoir fluids by drilling 24 wells, installing 2 unmanned wellhead platforms and transforming the fluids to onshore refinery by two 32" subsea pipelines. The onshore facilities were developed on the basis of supplying treated lean gas to domestic network and ethane gas to nearby petrochemical complexes, LPG for export and condensate for both export and domestic use. South Pars Phases 20 & 21 was a significant mega gas project in which OIEC Group gained unparalleled experience and capabilities through designing, construction and managing such project in onshore and offshore, upstream and downstream. Oil Industries Commissioning and Operation (OICO) was incorporated in 2011 as the professional arm of OIEC to meet the increasing need for an up-to-date, systematic and professional approach to lead pre-commissioning, commissioning and operation stages of the noticeable number of projects in the local and regional markets. Besides benefiting from the highest qualified experts, utilizing OPERCOM methodology and ICAPS (Integrated Commissioning and Progress System) software which is registered and developed by TOTAL, for managing and implementing pre-commissioning and commissioning activities, is considered as core competitive advantage of the company leading to acquire a considerable share of local market in recent years while planning to take part in overseas projects. 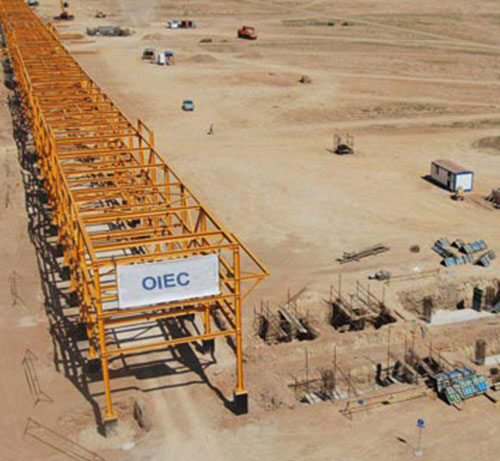 The Beginning of Financing Era
Azar Oil Field and NGL 3100

Azar structure is an asymmetric anticline located in Anaran exploration in the forlane basin of the Zagros fold and trust belt along in the Iran-Iraq border. Total length of the field is more than 36.5 km including the extension in Iraq. The development plan is designed to produce 65,000 BOPD of which 30,000 BOPD will be reached in the first stage. The development plan totally consists of drilling 19 wells during 55 months as well as designing and constructing required surface facilities, seperation units and transferring pipelines. The “Buyback Service Contract” for Development of Azar Oil Field was signed between National Iranian Oil Company (NIOC) and a Consortium consisting of Oil Pension Fund Investment Company (OPIC) and Oil Industries Engineering and Construction (OIEC) in March 2012. Subsequently, with NIOC approval, execution of the Contract was assigned to newly established company, Sarvak Azar Engineering and Development (SAED) in July 2012.
The company’s objectives are implementation/execution of project within defined time schedule and budget as per Master Development Plan (MDP) and achieve 65,000 BOPD production. Saba Rig Providing (SRP) is one of the OIEC Group companies involved in upstream activities to provide different types of Drilling Rigs in terms of daily rate contracts. So far this company is the owner of two heavy land rigs (2000 HP) carrying out drilling in the intricate oilfields of NISOC.